I've just finished Khartoum: The Ultimate Imperial Adventure as the first serious (i.e. not googled!) reading around British involvement in the Sudan. And did I pick well: I can happily say it was an exceptional introduction to the conflict. Michael Asher has a very entertaining style and really brings the conflict to life, making the book hugely readable. His description of battle scenes is particularly good for a serious historical text, balancing the strategic, tactical and noteworthy individual/unit actions.

The initial chapters cover the seeds of the uprising really well, clearly explaining the background of the Madhi and touching on some of the tribal structures, trickier subjects to cover briefly for a Western reader. This helps explain how the situation developed and was exacerbated by early Egyptian and British actions. 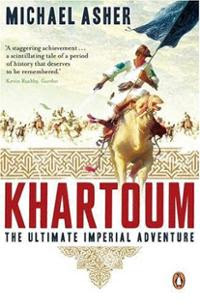 The political background and events of General Gordon's mission to evacuate Egyptians from Sudan gets well covered, as dies Asher's assessment of his and character and decisions. Also well covered is the Suakin campaign, which is noted as achieving nothing but Asher feels was a missed opportunity.

On the 'Gordon Relief Expedition', there is a significant focus on the Desert Column, with the River Column barely mentioned. I admit I know little about the subject, so for me , it would have been nice to cover the latter a little more even if the Asher felt the Desert Column deserved more of the glory. This is one of few areas where I felt Asher may have misjudged and that I want to find further reading on. The impact of the failed expedition, particularly for UK politics is neatly covered too. 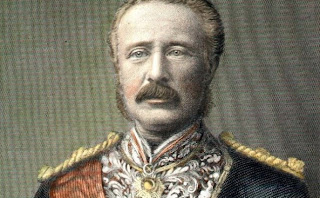 Asher seems to want to set the record straight on certain individuals they he feels were unfairly slighted after the events, particularly Wilson and Gordon himself. Others he clearly thinks little of. Asher's opinions are clear, I'd be interested to see if other eminent historians differ!

The section on the reconquest and Omdurman campaign is briefer, feeling almost like a postscript to the previous events. But it is covered adequately to provide closure which feels right for a book which majors on Gordon in Khartoum.

There are multiple clear maps of the region as well as of major battles, which are all very useful. There are also a number of images that really help to bring both characters and era to life. Obviously the author is helped that this comes from a time where journalists and illustrators joined British forces to capture the moment with relative accuracy and from when there are lifelike portraits of individuals on both sides available.

In closing, Asher draws some links to the modern age, perhaps unnecessary in the context of a modern historical  text on the conflict, but it does draw out the relevance of the conflict quite succinctly and neatly. However this postscript seems a few years old, so I wonder what Asher, who is presented as an expert on Sudan, might have to say on more recent events in Darfur and South Sudan. As well as notes and a solid bibliography,  the book ends with a 'what next' for most of the main personalities, even the steamers and railways that feature which was nice to close on.

I learned a huge amount from Khartoum and it had really filled me with enthusiasm for my own Sudan project - more on that soon!