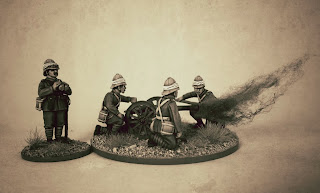 Smoking my pipe on the mountings, sniffing the morning cool,
I walks in my old brown gaiters along o' my own brown mule,
With seventy odd gunners behind me, an' never a beggar forgets
That it's only the pick of the Army that handles the dear little pets - 'Tss! 'Tss!


For you all loves the screw guns - the screw guns they all loves you!
So when we calls round with a few guns, o' course you will know what to do - hoo! hoo!
Just send in your Chief and surrender -  it's worse if you fights or you runs:
You may go where you please, you can skid up the trees, but you don't get away from the guns!

(an excerpt from 'Screw Guns' by Rudyard Kipling)

Yup, my small British expedition is bolstered by that curious artillery piece which served in the Sudan campaign: the 7 pounder Rifled Muzzle Loader screw gun. Designed for use in the rough terrain of Britain's empire, it could be carried on five mules or camels, with the barrel in two parts, the breech and chase, which could be screwed together quickly in action, yet transported separately to spread the load. 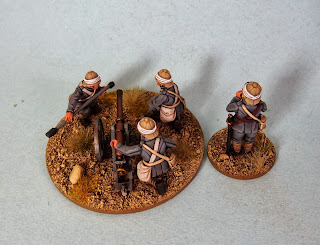 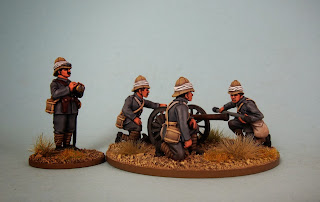 There seems to be a difference of opinion on the gunner's uniforms, with the painted example of the Perry's site in their home service dark blue, as in Michael Awdry's fine example, while the Perry's very useful Sudan uniform guide has them in grey serge. I went with grey out of personal preference, to differentiate them from the Naval Brigade guns on the tabletop.

I am developing a strong dislike of basing miniatures after painting them: I find lots more time is take tidying up small drybrushing errors and brushing rogue sand off the painted miniatures.

An 1895 image of a screw gun battery in action (source), the posing of the Perry's miniature is pretty much identical, including the chap covering the vent to prevent an accidental discharge of the gun. I switched the positioning a little, to fitn them better on my choice of 60mm round base.

Incidentally, I was able to see a screw gun in the flesh on a recent visit to the Royal artillery 'Firepower' museum in Woolwich, at the site of the old arsenal. Quite a small museum, but well presented and unsurprisingly had a comprehensive collection of British artillery pieces from throughout the ages. 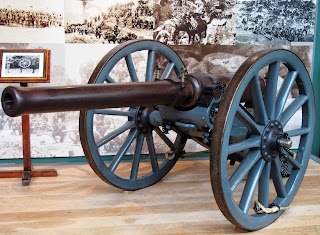 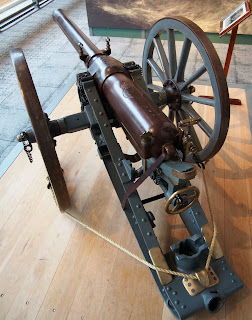 I was pleased how the binoculars came out on the sergeant, reflecting the sky and sand. 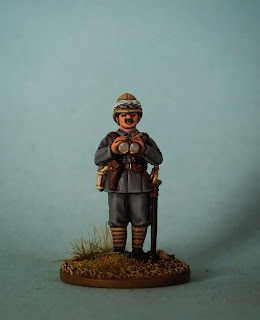 I'll be heading to SELWG at Crystal Palace next Sunday for a mooch around, quite looking forward to it as I've not managed to make it before.
Posted by Phyllion at 08:58 18 comments:

A Weekend of Living History

A rare non-wargaming post from me. One of the great things about living the UK is the sheer amount of history to dip into all over the country and number of living history groups happy to dress up and enthuse about their chosen era to the (faintly bemused) public of a weekend.

Last weekend the family headed to a fine event on at Sherwood Forest between Nottingham and Doncaster. A 'walk through history, it has 20 or so groups covering stone age to Cold War and everything in between: Romans, Saxons, Medieval, ECW, WWI , inter-war, WWII and 50's, all scattered through a charming forest trail around the visitor's centre.

It was a fine day so the crowds were out which was nice, though some of the groups themselves were quite low on numbers. As well as providing a bit of fun and some hobby inspiration, I also had chance to give the camera a whirl,so without further ado... 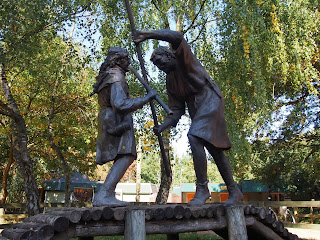 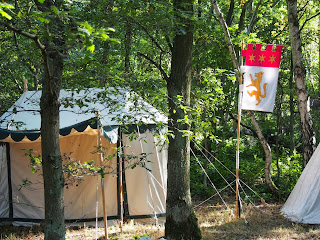 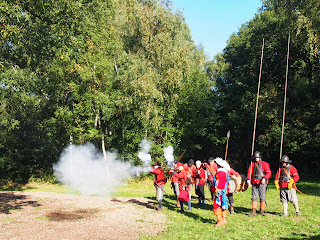 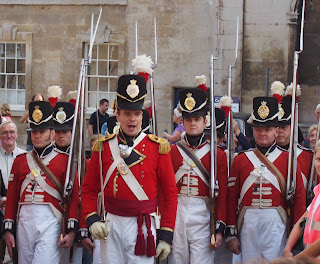 A handful of Coldstream Guards on the march 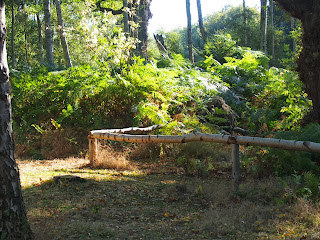 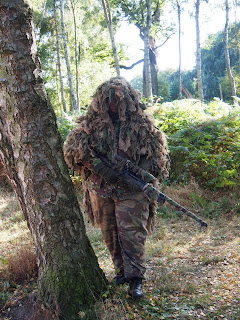 This fine fellow?! Falklands era British army lurking in the undergrowth
Posted by Phyllion at 20:25 4 comments: