Well, what a start to the year. 2014 seems to have picked up the pace again, I can't believe it's mid-February already. The year is shaping up to be a great one hobby-wise, with games in the offing, a good few events I plan on going to and some fair progress on the painting front. Fair, but not particularly impressive volume-wise, I've just about managed a batch of figures and a theme round entry each fortnight. Sadly, hobby time in January was hit with DIY (again) and life admin galore  (again). But I'm just about on course to make my points total by mid-March

My first January painting was this chap for the 'Villain' theme round. Recognise him? 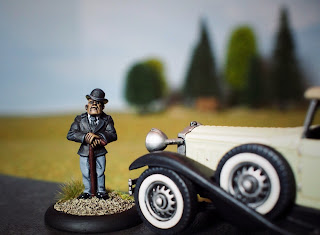 Ok, here's a rather less than subtle clue:

Yes, more a 'Villainous Henchman' than pure Villain, it is he of a Strange Occupation. 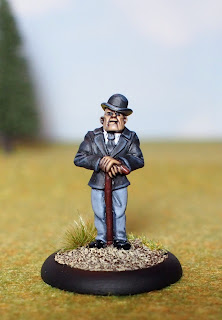 A fairly quick job, but one more theme round down. I'm on course to nail all seven despite my glacial rate of painting, which appeals to the completionist in me.

Next up, another unit for the Sudan project and one that I'm pretty pleased with. Another unit for the Anglo-Egyptian forces, this time the Sudanese IXth infantry. The Sudanese battalions were regarded as the pride of the Egyptian army, being professional soldiers recruited for life from Southern Sudan and the Nuba mountains. The Xth and XIth were even recruited from old soldiers that had been captured by the Mahdi, served in his Jihadiyya before escaping en masse in 1885 and re-enlisting in the Egyptian army. 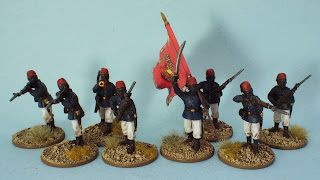 Mine are officered by an Egyptian (in this next photo, painted pre-challenge), though it was also known for Sudanese to be promoted from the ranks. The IXth's conduct alongside the Cameron Highlanders at the battle of Ginnis led to them being presented a unique standard in 1886: of red silk fringed in red and gold with Kosheh and Ginnis as battle honours and a central wreath. Other Battalions carried a green standard with just an Arabic numeral. I chose to represent them with this snazzy standard, made at my request by Flag Dude. I like this product, despite some drawbacks, the ease of use swings it for me - just stick it on and paint the pole/finials to match. 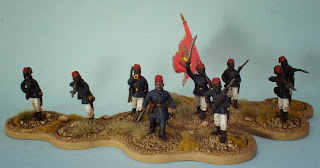 The uniforms of the Egyptian army changed quite a lot between the various campaigns. I've settled on having my Egyptian units in a white summer uniform and Sudanese in a blue with white trousers. All units were later issued khaki uniforms. No doubt it will surprise you to hear that they are from Perry miniatures. 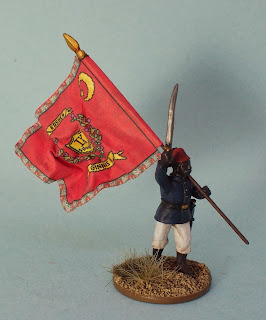 At the same time, I worked on this Command stand for my Mahdist forces: a Khalifa and his faithful standard bearer. Both were started as part of my first challenge batch but set aside part way through. I pondered a while how to paint the Khalifa, given he has such a large robe aching for some freehand, perhaps patches in the Mahdist style. But for a religious leader, I decided on the understated purity of a plain white robe with a jagged edging in blue. 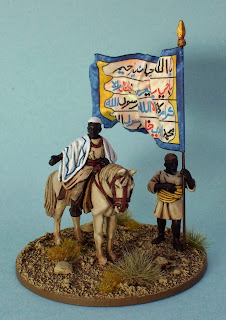 The standard bearer is converted from a spare metal spearman, carefully trimming his cast on spear off and replacing it with the Flag Dude banner. 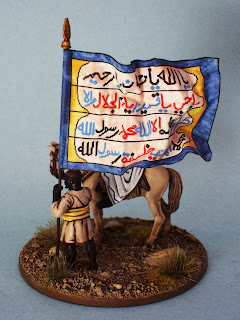 The next theme round went down to the wire, but I got him finished. For my 'Vehicle' entry, I intended to paint the first 15mm vehicles for Chain of Command US platoon. But alas, a delayed Wayland Games order necessitated a last-minute change of heart. Fortunately, I had this Pulpy motorcyclist from 1st Corps already prepped. He's intended to represent one of the Prof's sidekicks, the boozing buffoon and beau of young Victoria Hemingway: Flight Lieutenant Michaels, riding a purloined military-issue motorcycle. No doubt he'll find cause to be pursued by some Nazis in motorcycles and side-cars (which happen to be in the challenge box, again) - I think that would make a great scenario some day. 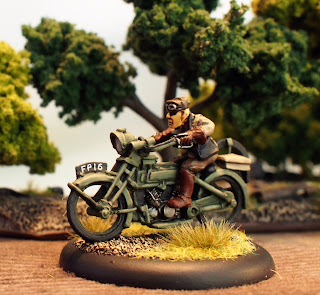 To round out the month's painting, I just about squeezed in these Coureur de Bois for the Bloggers for Charity project started by James and Andrew. I hope that they will be put to good use.

These were a bit of a slog for me as I'm unaccustomed to painting irregulars in an efficient way, as evidenced by my disastrous first attempt at Bashi Bazouks last year. But they came out ok in the end, I think and I'm glad to have them finished well in time to be sent off and based with everyone else's fine contributions. The fine sculpts by AW Miniatures looked quite busy at first glance, but took the paint well and have well-defined detail, though I feel they are in the classic style, with larger hands and weapons akin to some Artizan sculpts.

Well, that's January and I've just dropped the first February entries into Curt to be posted. But I really must get back to the grindstone, Mr Awdry must be rocketing ahead in out side challenge.
Posted by Phyllion at 21:55 5 comments:

I was kindly sent The Forgotten Front by Dave from a giveaway at One Man and his Brushes and it is probably not one that I'd have read otherwise. WWI isn't a period that I game and the East African campaign is something that I would have confessed to knowing little about. Well, I'm much better informed having read this thorough history. 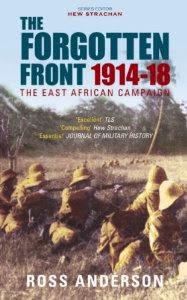 The book starts with a strategic overview of the relevance of the campaign, touching on some of the key political aspects, logistical matters, the main forces at the start of the campaign and their equipment. This is succinct, interesting and useful. It then ploughs straight into a campaign-by-campaign narrative, which is understandably the bulk of the book.

The text is well written and easy to read, especially considering that this is quite a heavy and detailed history, though there is fair use of acronyms. Aiming to be the first full history of the conflict, the campaigns are covered in depth, but definitely have a strategic focus. This is not a book that gives much insight into the engagements themselves, which is done so well in books such as Michael Asher's Khartoum. This is understandable due to the length of the campaign and as few of the engagements seem to stand out as worthy of such treatment. So it doesn't provide much of a tactical view of any engagements that can be so inspiring and proved such food for designing scenarios.

The effect of political changes on the conduct of the campaign both in terms of pressure ob the commanders and logistical support are well covered for the British, though less so for the German, Belgian and Portuguese. The book contains plenty of analysis and seems to present a relatively balanced view of the British and German sides, which is refreshing. The author clearly has a high opinion of the Schutztruppe and their commander, Paul Von Lettow-Vorbeck. The terrain and climate presented numerous challenges to all sides and this is well emphasised. In fact, the issues caused by disease, rough terrain, lack of infrastructure, logistical difficulties, the tsetse fly and ravages of the rainy season become almost a mantra, as the are repeated so many times throughout. But these doubtless had a massive impact on the results of the campaign and of course heaped miseries on the participants. 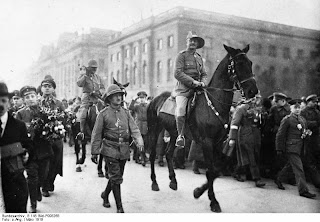 Curiously, the conclusions and epilogue that end the text are tiny in comparison to the detailed account of the campaigns - just five pages in total from 300. This gives the impression the end is rushed and it just reiterates many of the points previously made. I'd have appreciated more thorough closing thoughts, perhaps drawing out  impact in the immediate aftermath and into the post-colonial period. The book ends with 50 pages of bibliography, notes and an index that one may find useful. This is testament to the thorough research that has clearly gone into the book and would of course be very useful to those with a more serious or academic interest.

As you may have gathered from previous reviews, I like maps and pictures. Well, The Forgotten Front is well-served on the latter, with a centre section of 16 pages of black and white photographs covering key protagonists, units and small engagements. I'd have preferred these spread through the book in two or three sections rather than coming across them all in one go, but they are welcome and very useful, nonetheless. Despite being black and white, they give a good idea of the uniforms of the various contingents as well as the terrain, both of which would be very useful for the wargamer. 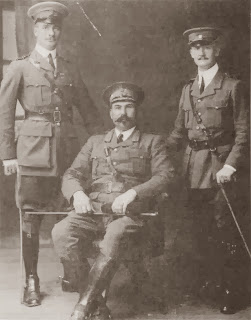 There are quite a few maps scattered throughout the book too. However, these are quite small, sometimes just half a page, black and white and don't have particularly strong design or definition. I struggled at times to decipher the maps and match the movements of the forces shown with the narrative, I'm not entirely convinced they were placed in the right points in the text. Also the place names that are used in the text often aren't used on the maps. Some knowledge of the region or other reference material would come in useful. It is likely that the problem stems from the size of the area of operations over the campaigns. I think some higher quality, full page maps in colour would have been good. 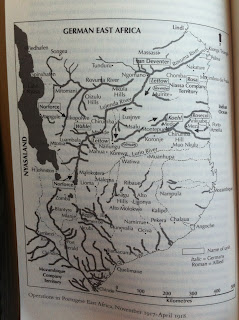 An example of one of the maps

For a wargamer, the book certainly provides plenty of material and would definitely be useful if you wanted to campaign it. I can't imagine there is much more material available in print - the author's foreword touches on this and provides some further reading. I imagine gaming the campaigns in East Africa would be quite interesting, similar to Darkest Africa but with more technologically balanced forces as well as more scope to use artillery, mortars, light machineguns and aerial assets on the table. Certainly different to the trench warfare of the Western Front and the East African campaign would also have the distinct benefit of having considerably smaller forces! Two Fat Lardies' Through the Mud and the Blood would be an ideal ruleset.

Despite the niggles, I did think the book is a very worthy read of an otherwise neglected campaign and I'm very glad that I got the opportunity to read it as we enter the centenary period.

The book will soon be winging its way to that devil Mr Rousell - enjoy!
Posted by Phyllion at 17:14 4 comments: