With half an eye on winter and the likelihood of a certain annual painting challenge, the last few weeks have been characterised by clearing the painting table and starting to prepare miniatures. And happily Curt is up to it once again and the Fifth Annual Analogue Hobbies Painting Challenge has been announced. I look forward to my fourth opportunity to contribute my winter output to the community. 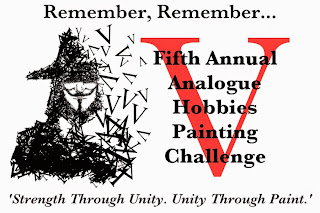 It has been by no means productive few weeks though, hence why I've been a bit quiet. Not helped by a week without internet access, meaning I'm very behind on the blogs and haven't commented on many. But I have managed an uptick on the gaming front - three games of Chain of Command in as many weeks. Definitely my rules of choice - plenty of opponents available including Bob locally and always give a great game in a reasonable timeframe. Bob and I just started playing through the first TFL campaign supplement '29, let's go!'. I can really recommend this pick up and play campaign for the 'price of a pint'.

Anyway, onto the lead output. Prepare yourself to be amazed. First to be dusted down has been a herd of sheep. Yup, two packs of Soay sheep from Warbases. Now Soay sheep are a bit niche, if I'm honest. A bit more Dark Ages, not an era I'm playing much. So the search was on to find a horned sheep of more Mediterranean/African origin. 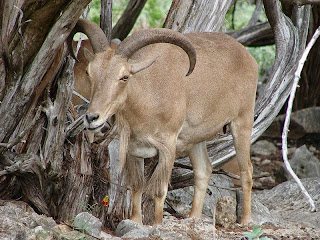 A Barbary (or should that be Baa-bary?!) sheep, native to North Africa, but also native to the Sudan and introduced elsewhere. A sandy-brown colour, darkening with age, with a slightly lighter underbelly and a darker line along the back.

And here are my versions:

Bit of an unusual method on these: I'd sprayed them white, which is unusual for me, so layered up washes from off-white through to mid and dark browns to make use of the sculpted texture. I like the effect.

A few other odds and sods also finished, including some scatter terrain of furniture and trade goods as well as this chap, from an Artizan Designs grab bag and vaguely intended for a nee'r do'well for a Pulp Alley Cthulu mythos game that never really got off the ground. 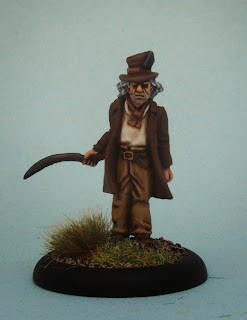 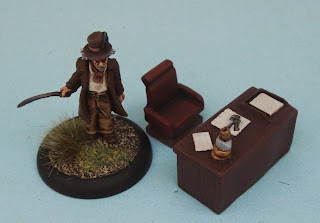 As for the prep work, I've now a German infantry platoon and support options to face off against the US that have recently hit the table. Now, to start painting them now or save them a month? I'm undecided. Of course now the US been blooded in their first games, they will naturally need a little bolstering...
Posted by Phyllion at 17:48 13 comments: