February passed in a flash! And my challenge entries showed admirable persistence with the Spanish Civil War project. First up, the three leaders of the section: 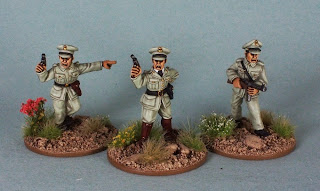 Taking inspiration from Curt's idea of different base shapes for different roles/weapons within units, I've taken a simplified version by basing these on 30mm rather than 25mm round bases. This should help identify the leaders, oh so important for Chain of Command, on the tabletop. My weapon teams will be on 40mm-50mm bases I think. 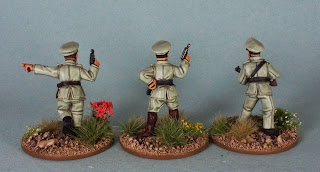 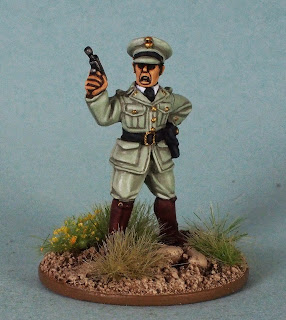 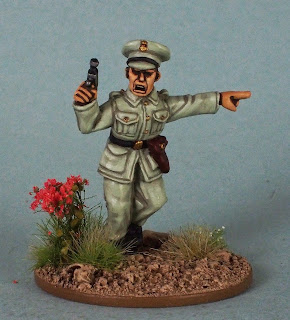 And a section leader, Sargento, with an SMG to add oomph 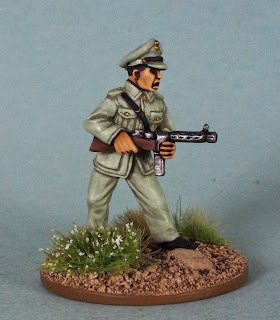 The grind of painting output has been brightened by participants offering snaps of their painting stations. It's interesting how we all have different set ups to practice this craft - though having seen some others I think I need to reopen negotiations with the other half!

I currently paint in 'the hole', an a love under the stairs in the back bedroom. Not the best light there though, so I've got a decent daylight bulb to paint by. The corner desk is from ikea and has lots of useful storage for hobby supplies. You can see the challenge box file of prepped miniatures (now half empty). 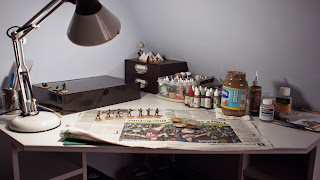 In the 'hole', entertainment comes from Netflix on the iPad or podcasts. I usually prep miniatures downstairs in front of the TV, often with the wife crafting nearby. So I've. A mobile prep station that I can just bung on top of a unit in the dining room. It is from Polish company Hobby Zone - much better design than most on the market, a very reasonable price - highly recommended. 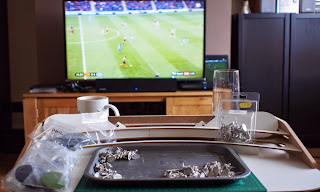 February's second and final entry followed a trend: the last four Carabineros in tunics. These finish off the section. 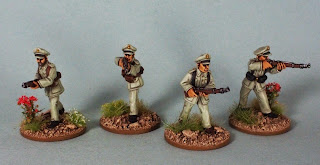 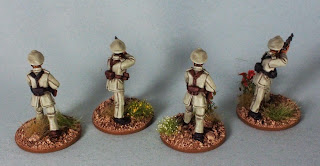 Here's the whole crew together. I'm really chuffed how they came out, the Empress sculpts are fantastic and I think suit my painting style. I'm delighted with the distinctive grey-green that ties all of the various uniforms together.

A few have asked if I'm planning on any support for them, though much of the support will be drawn from Army units. I wasn't going to do a Hotchkiss MG specifically for the Carabineros and the CoC list doesn't permit an LMG. However I do have a Bilbao for them that might, just might make an appearance in the challenge.

These edged me over the 100 point 'Duel so Civil', but I am a long, long way off my 500 point target. Insufficient application throughout the challenge. Particularly, as I took a little detour, as my next post will detail...
Posted by Phyllion at 17:56