AAR: Chain of Command at Wyvern

This week i made it to Wyvern again for a game of Chain of Command against Ade. This had my US Paras (first outing!) attacking and objective: a rather fine radar station. The board looked dauntingly open, with a chateau dominating one flank.

Despite the attack advantage, a rapid and aggressive patrol phase resulted in: 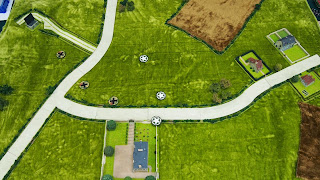 I didn't quite make the chateau, though the placing of the patrol markers meant Ade was able to get a jump-off point right by it, whereas two of mine were a fair trek away. 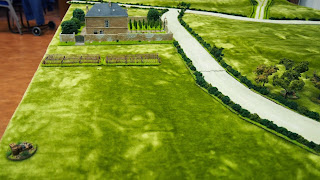 The US paras pack a hell of a punch but lack numbers, so I spent my supports on a regular US infantry squad, with the change going on a pre game barrage. I kicked off with a quad towards the chateau, hoping to deny Ade. Then, the barrage did its job and stopped Ade doing the same, so they edged right up to the walled garden. 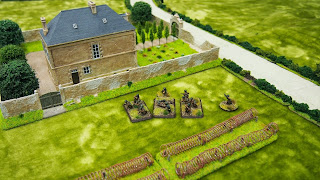 Unfortunately, Ade managed to flip the tables, rolling a turn end then double phase, pushing a squad into the chateau and setting overwatch. Curses - that gate was one to avoid. Meanwhile, i put a considerable firebase along the hedgerow to lay down supporting fire when more Germnan defenders appeared. The regular infantry pushed on towards the radar station. 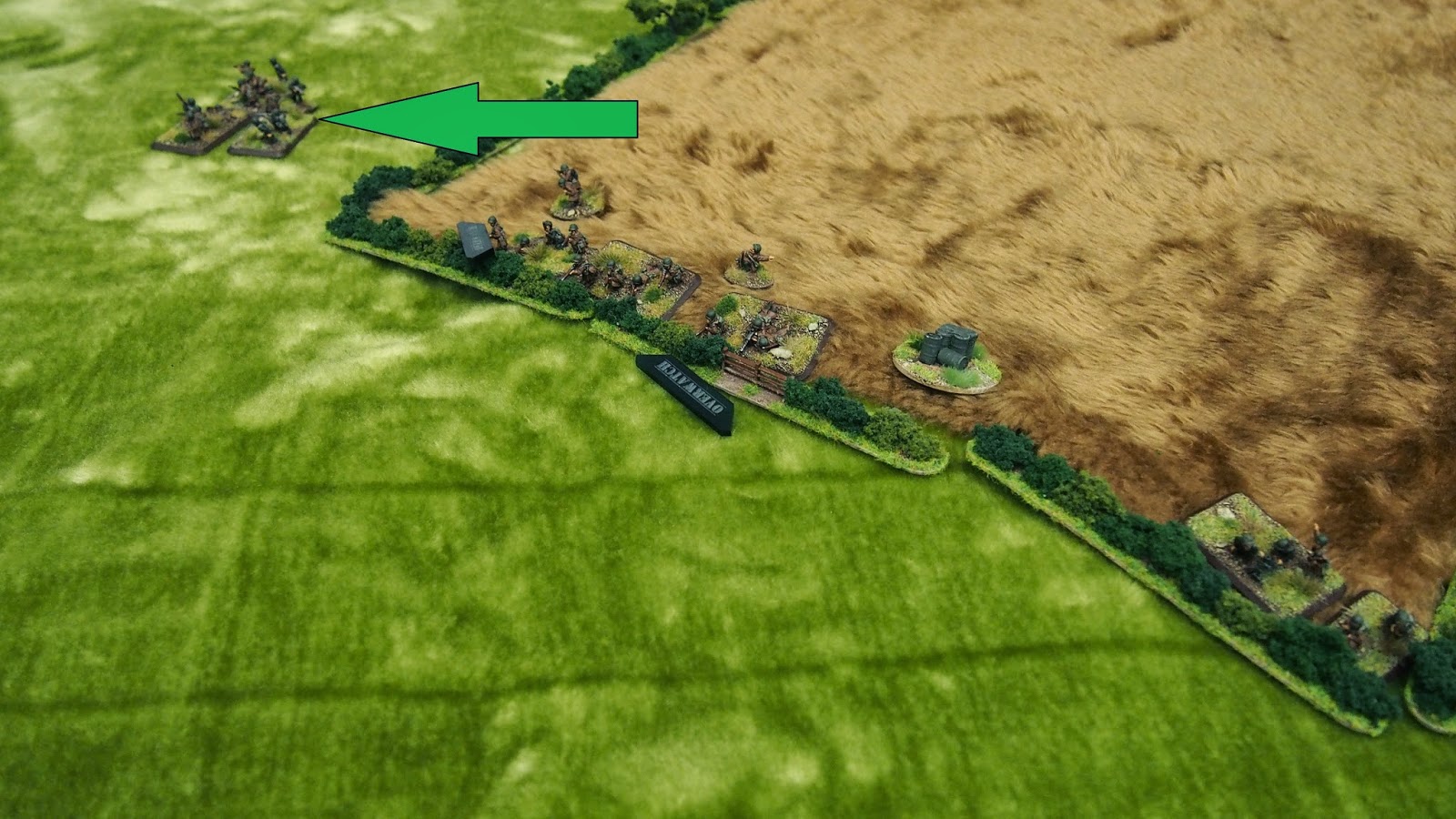 Hearing the Germans occupying the courtyard, the paras approaching the chateau made a u-turn, over the hedge and up the road: three phases to me. I closed down the turn to claim Ade's JOP: first blood to me without a shot fired. 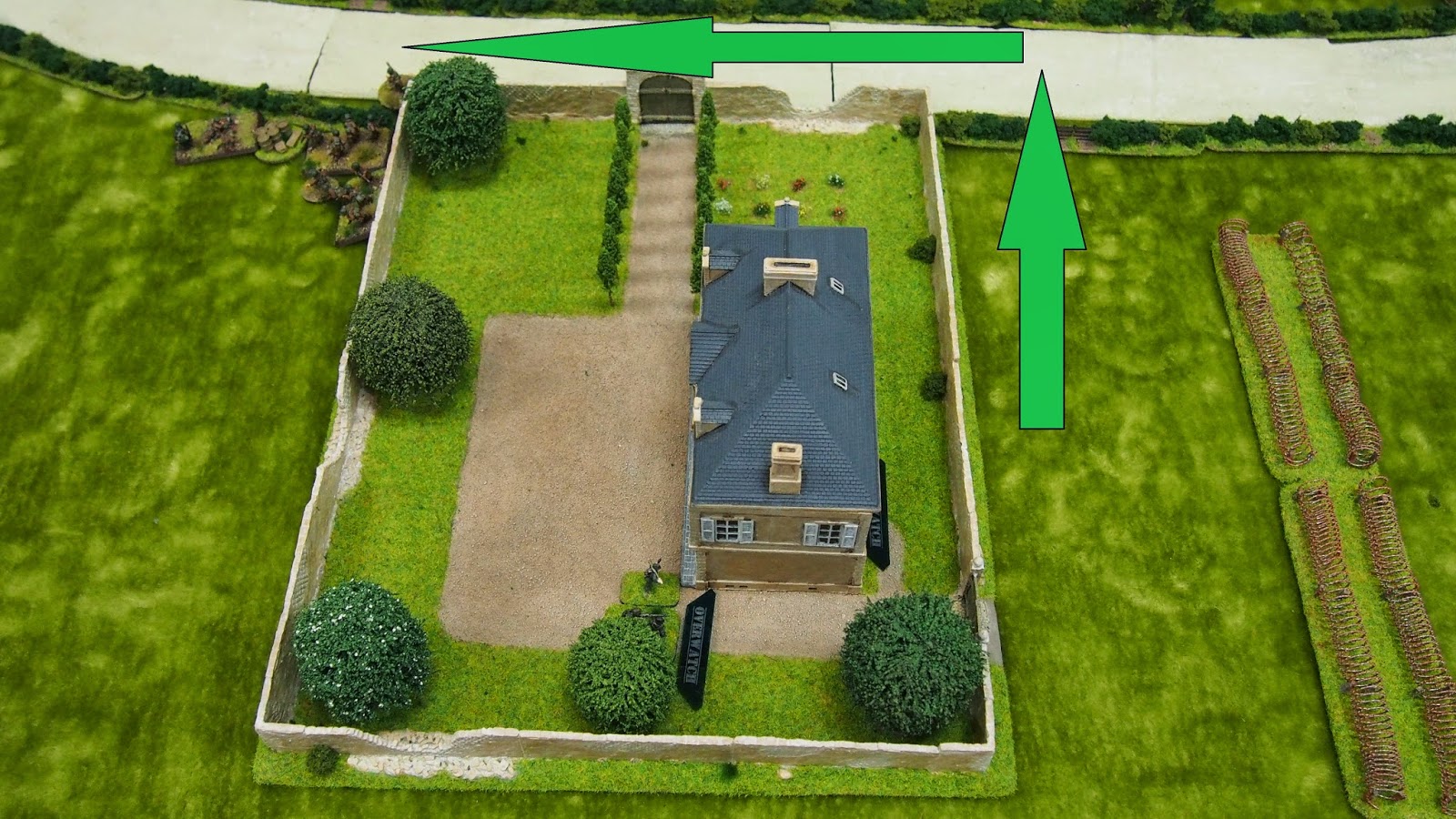 With my regular infantry threatening the radar station, Ade laid down his supports: entrenched infantry. With the precious German senior leader there, these would end up being a nightmare to shift without more ordnance. 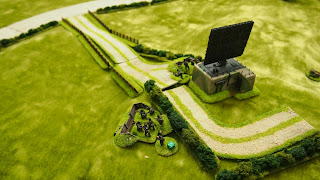 These entrenched troops put a world of hurt on my infantry in the open, wearing them down and
stalling their advance in the cover of a copse. 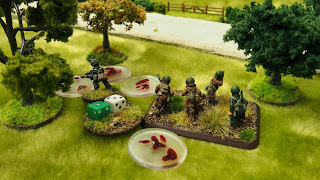 With my assault being ground down and two exposed squads, I gambled it on a desperate assault against a battered but unpinned German squad. Using a turn end to get rid of Ade's overwatch, a para squad assaulted a German section. 25 dice vs 17, too close for comfort. Neither of us rolled well, but I managed to rout Ade's section and threaten the objective. 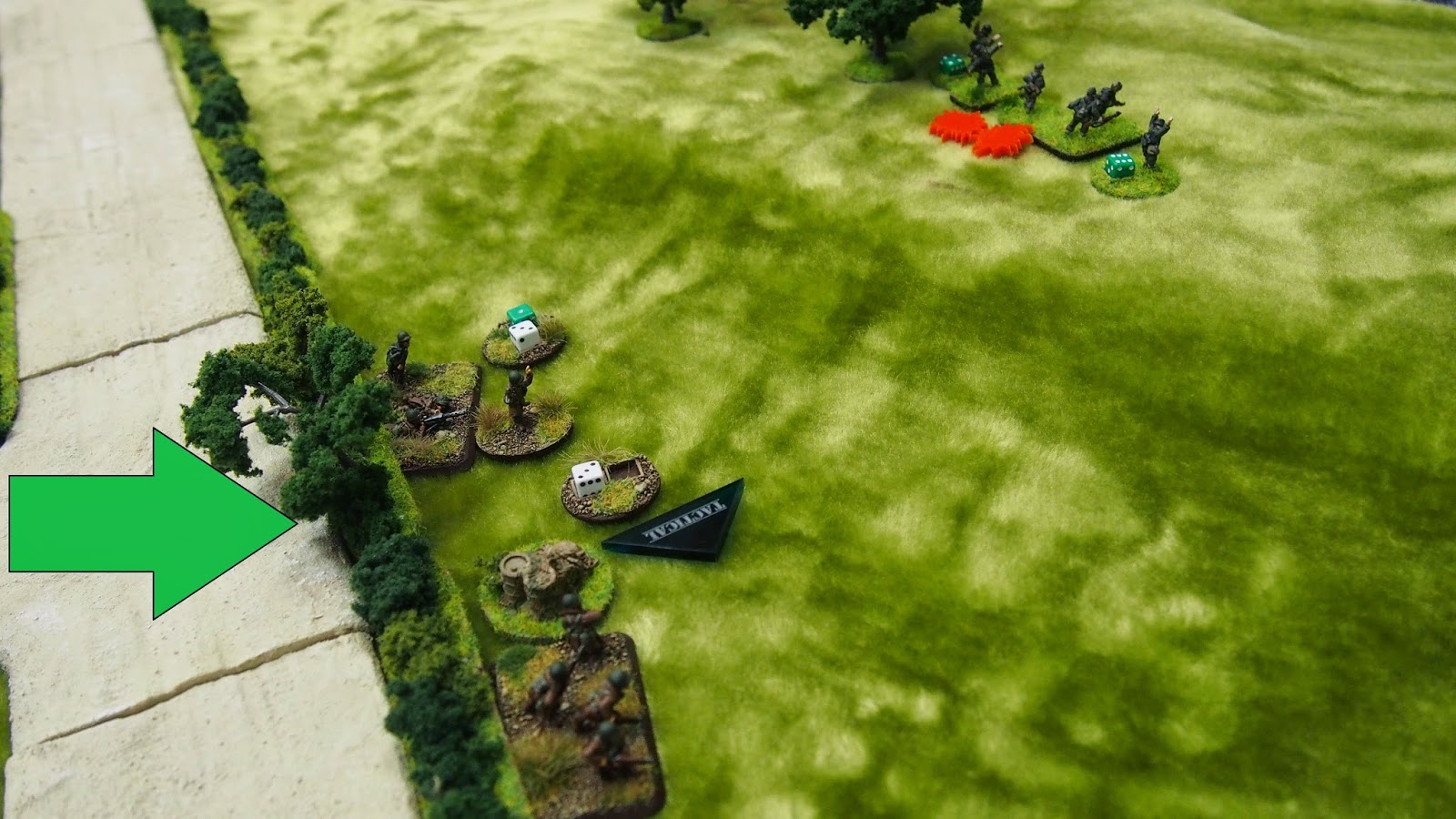 The game bumbled along for another couple of phases: we called it as too finely balanced. Victory would essentially depend when the turn end came and morale rolls came crashing in. On the face of it, the Germans were worse off, with a routed squad and two captured JOPs, already being down a few morale points. But realistically, I had two squads on the verge of being routed or destroyed, the third a long trek from their objective facing a reasonably fresh and well-led German section on the objective and a second embedded in a fine firing position in the chateau. Both forces could realistically have quit the field.

All in all, a great game of Chain of Command once again. The start was very cagey and I got 2/3rds of the way across the table before a shot was fired.  The game swung a lot: we each had runs of phases to turn things around. I had the firepower but Ade was a devil for 'no effect' damage rolls. I rolled a lot more kills on my men, including a dramatic 8 of Ade's hits doing 4 kills 2 shock in one round of fire, against troops in hard cover!

Even without lots of toys on the table and using a scenario from the book, Chain of Command posed lots of challenging situations. There were plenty of times when I thought of alternative ways of doing things, one of the joys of the ruleset is that it offers a toolkit of how to use just vanilla platoon without overloading the table with toys.

Cheers to Ade for being a good sport and offering a great game. Until next time!

The club was pretty busy and had great looking Russo-Japanese game put on by Stu using Through the Mud and the Blood as well as Paul's French regulars getting hammered at Muskets and Tomahawks. 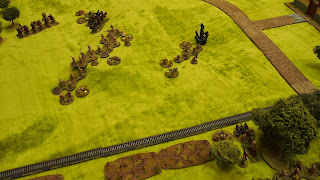