February definitely wasn't a classic month for my AHPC VI entries. Unfortunately, the home improvements for 2016 really took hold and sapped hobby time and energy throughout the month.
,y first entry was chosen to just nip me over the line in my tightly run race to 100 points against Juan. This pair of Quintos (conscripts) join my mountain brigade, who have green-piped gorillo caps, rather than the usual red. I picked these out because they were e quickest to paint, but alas that makes them not that interesting - lots of green and not much else to say. 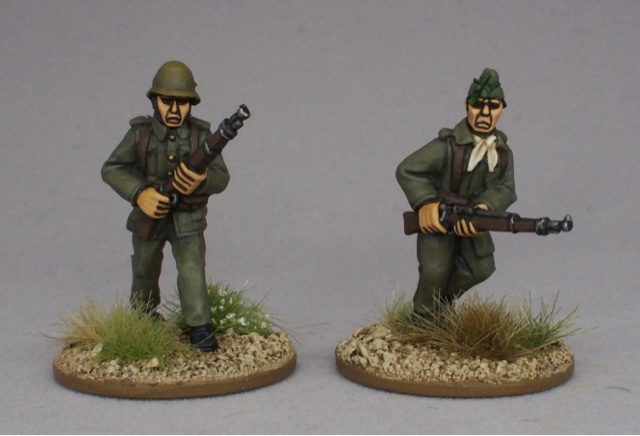 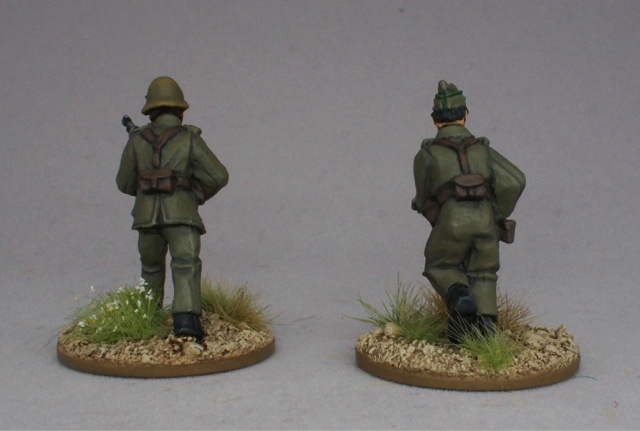 I dug their painted compatriots out for a group shot. Since then I picked up a weighty bag of lead from Empress to bulk these out to a full section with support options.

My next entry came nearly a fortnight later: to the L'Amour bonus round. I had just the ticket in the lead pile, drawn from a stable of Saturday evening TV when I was young: the Swash and Buckle of Sean Bean playing Sharpe in the adaption of Bernard Cornwell's novels. Of course, each episode was basically the same: a dastardly villain, an incompetent or nefarious British officer, the relaxed cameraderie of the 95tn rifles, Sean Bean doing his heroic stuff....and a love interest. And sometimes a different love interest from episode to episode!
This mini from Brigade Games in the US is the spitting image of Teresa Moreno, a Spanish partizan working to evict the (dastardly) French from her beloved Spain. She meets Sharpe on a typically unlikely errand for Wellesley with his 'chosen men'. They fight, romance and the rest, is history. Well, made-up history. 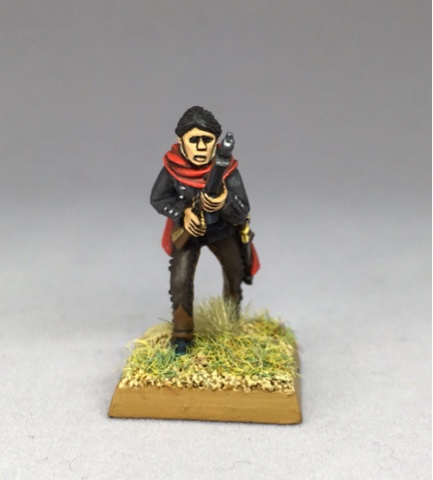 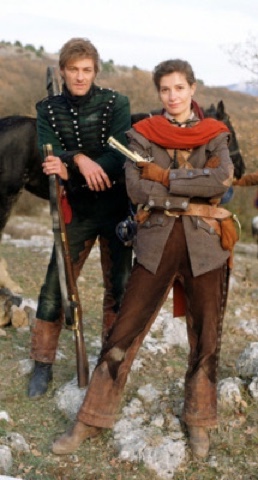 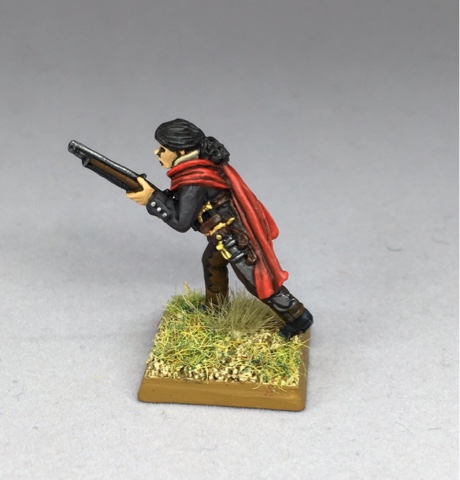 She meets an unpleasant end at the hands of Sharpe's nemesis, Sgt Obadiah Hakeswill, freeing up our main man to woo a series of other beautiful ladies. 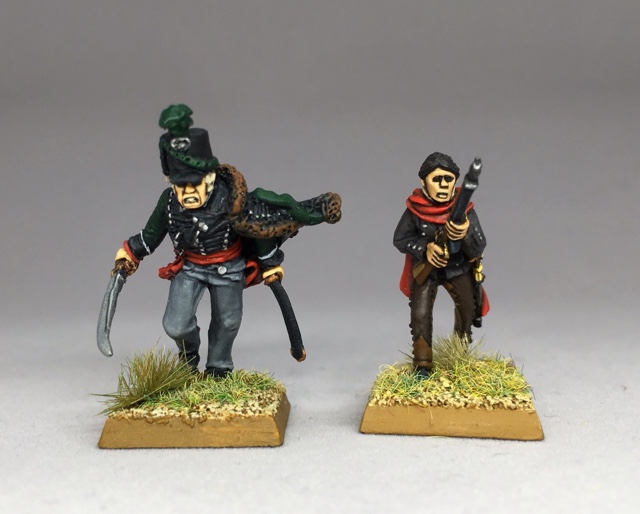 I painted her to match e rest of my Napolenic era guerilla band. I also dug these two fellows out of the lead pile - the comrades of the band that I'd posted up to this blog in one of the very first posts, more than five years ago. They've languished in the lead pile since then, undercoated but unloved, for more than five years (and through 4.5 Painting Challenges!)
These were posted up in March, but mostly done in February and as they go with Theresa above, so I'm claiming them for February. 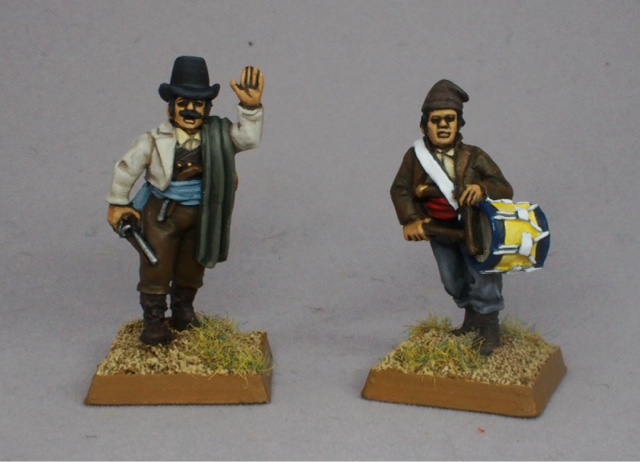 March's offerings more interesting, but the challenge is nearly over; less than 24 hours still to run. Still time for me to post one entry, or perhaps even two!
Posted by Phyllion at 08:50