Still trying to resolve my dearth of commanders for Black Powder, I bring you my first Mahdist leader, the Emir 'Ali ash-Sharif. Quite a colourful chap with his patched jibbeh, which most of my Mahdists don't have. One of the early adopters, maybe he is trying to curry favour with the Mahdi (clearly works, as he's got himself a command...). He may get a ride out tomorrow as Samulus is over for a game of something. 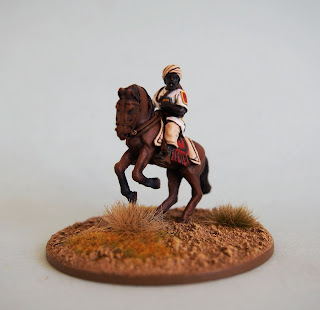 I've not really got into a painting rhythm yet, so I'm pleased he's finished and I can move onto the next batch. I tried to jazz up the horse furniture with some freehand but it didn't quite come out how I imagined, though is better than my first attempt. 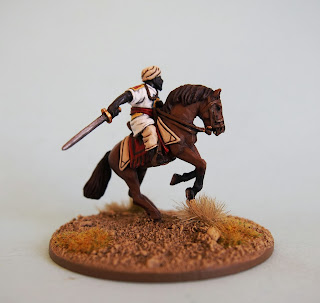 These snaps were taken with a new camera that I got last week: a new Olympus 'compact system camera'. This clever new breed of cameras are more like a DSLRs but in a significantly smaller body, so is a massive step up from the four year old compact I was using before. On a positive note, the unsightly blob of dust is no longer present, but I definitely wouldn't say I know how to use it yet. I was getting better results without using the flash, but look forward to pushing the camera a little bit more as I figure it out. 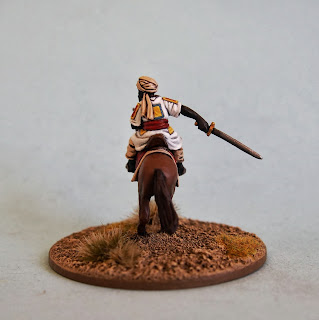 And with flash, the colours come out more like my shots with the old camera. 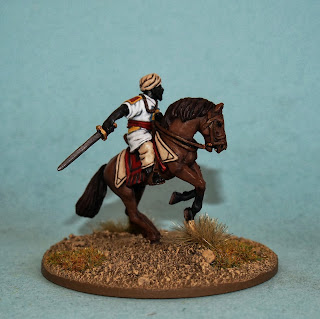 And as is customary, a final picture with added vintage effect. I like how this one came out, very moody. 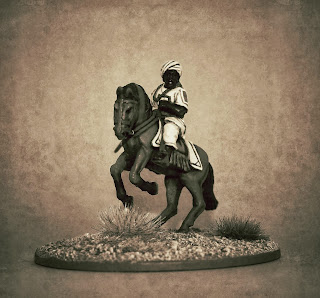