Another motley collection of Challenge Entries for you. First up, two Willys jeeps from West Wind. The will serve as transport for my commandos or objectives for WWII skirmish games. I based them on plastic bases leftover from Perry boxes, as they are a bit small. The bases raise them up a bit and stop you putting troops too close, hopefully making them look like they scale better. 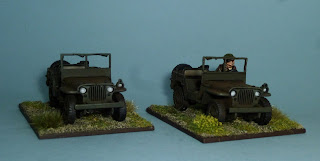 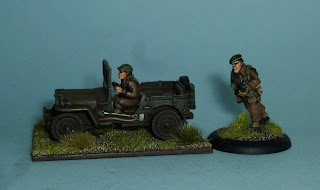 Next up, my entry fee, Ronin #33, a particularly colourful samurai. I tried a new yellow recipe around Vallejo Flat Yellow (in preparation for the stalled Dragoons project). It came out really well but is very unforgiving of mistakes. Not ideal when doing a freehand design! But he came out well and I hope he has good service with Curt's other Ronin. 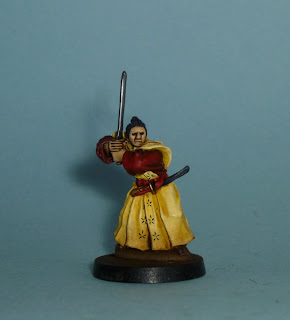 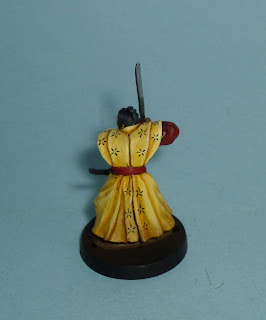 Last up, some artillery support for my Napoleonic Spanish. I was pleased with how the gun came out, but the gunners are a bit chunky. 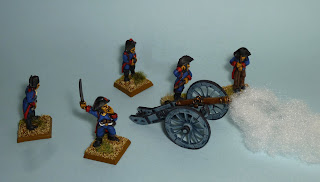 Apologies that I've not posted much up recently, I've not had much time to blog as well as paint and even the painting is going pretty slowly. I'm on to the final straight of Curt's challenge, which finishes in just over two weeks. I'm just over halfway to my points target, which I'm almost certain to miss. I also have a few AARs for Pulp Alley to post from a couple of weeks back.


I also recently went to the Cavalier show in Tonbridge, with Samulus keeping me company. Cavalier is a small show but a nice primer for the year. I didn't buy much, just a few bits and pieces as well as the vehicles expansion for Operation Squad (it was reasonably priced!). I think I need a few more games before I'm ready to use them though. Seeing some other bloggers' pics of the show, I think I missed a whole room of it somehow!

One final note: Dux Homonculorum is running a great giveaway, worth swinging by.
Posted by Phyllion at 22:03